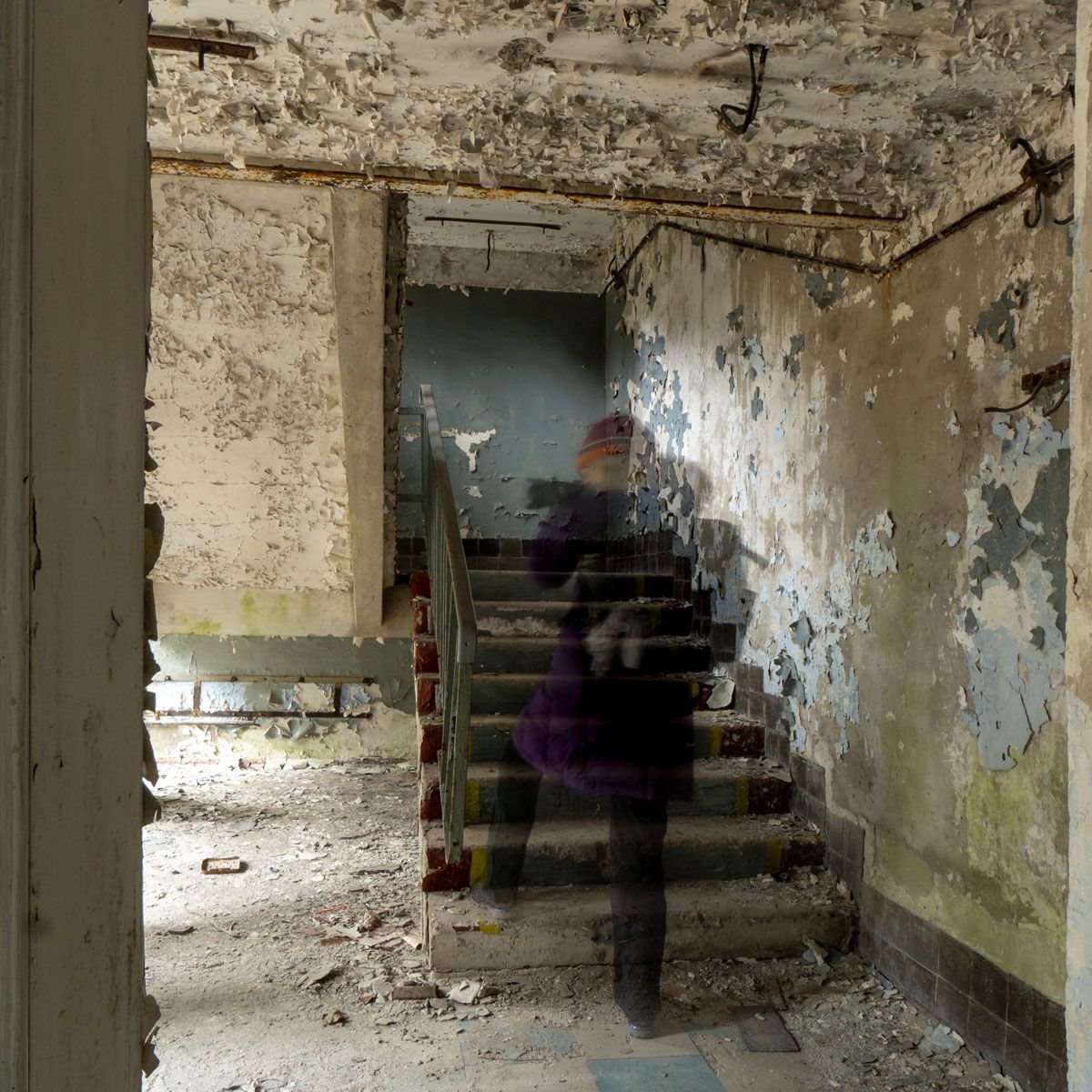 One of the best parts of designing Think Tank photo gear is seeing all the incredible corners of the globe our customers take their bags. Therese Iknoian's recent trip to Chernobyl is definitely one of those places, and we wanted to share her story and photography in this month's edition of Think Tank Traveler.

Traveling the world is part of the job when you operate a travel blog. In partnership with my husband, Michael Hodgson, I run the award-winning blog HITravelTales.com, and we have been to some 50 countries and all 7 continents, being presented with unsurpassed travel photo oppurtunities.

In January, an opportunity came up to go to the Ukraine, including four full days in the Chernobyl Exclusion Zone. Of course, I jumped at it – and Think Tank offered me its new Retrospective Backpack to use for the urban exploration expected. 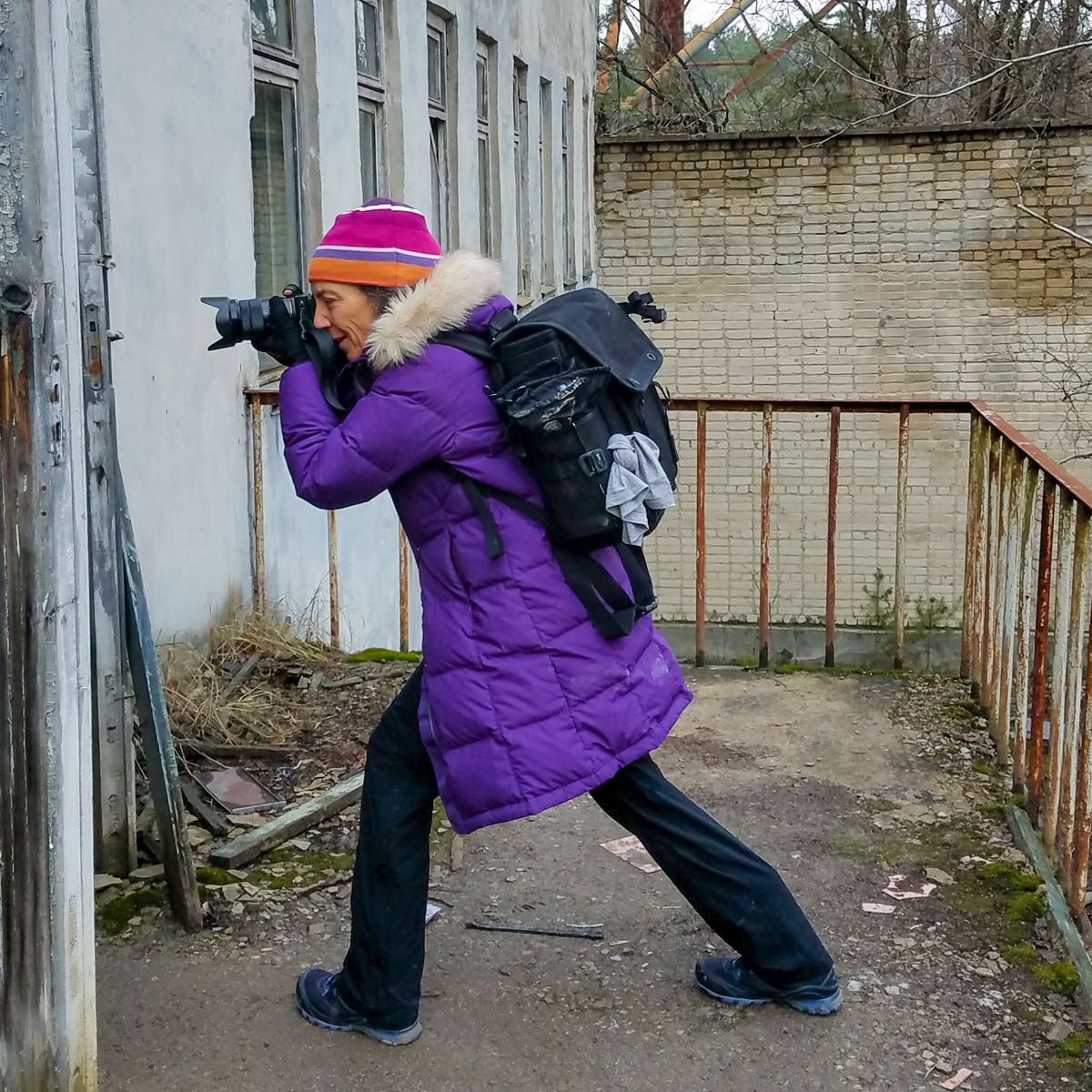 After two days in Kyiv, where we had a chance to explore the underground tunnels, Soviet architecture and mosaics, and an old market that had operated in the same location for some 600 years, the group was off to Chernobyl. 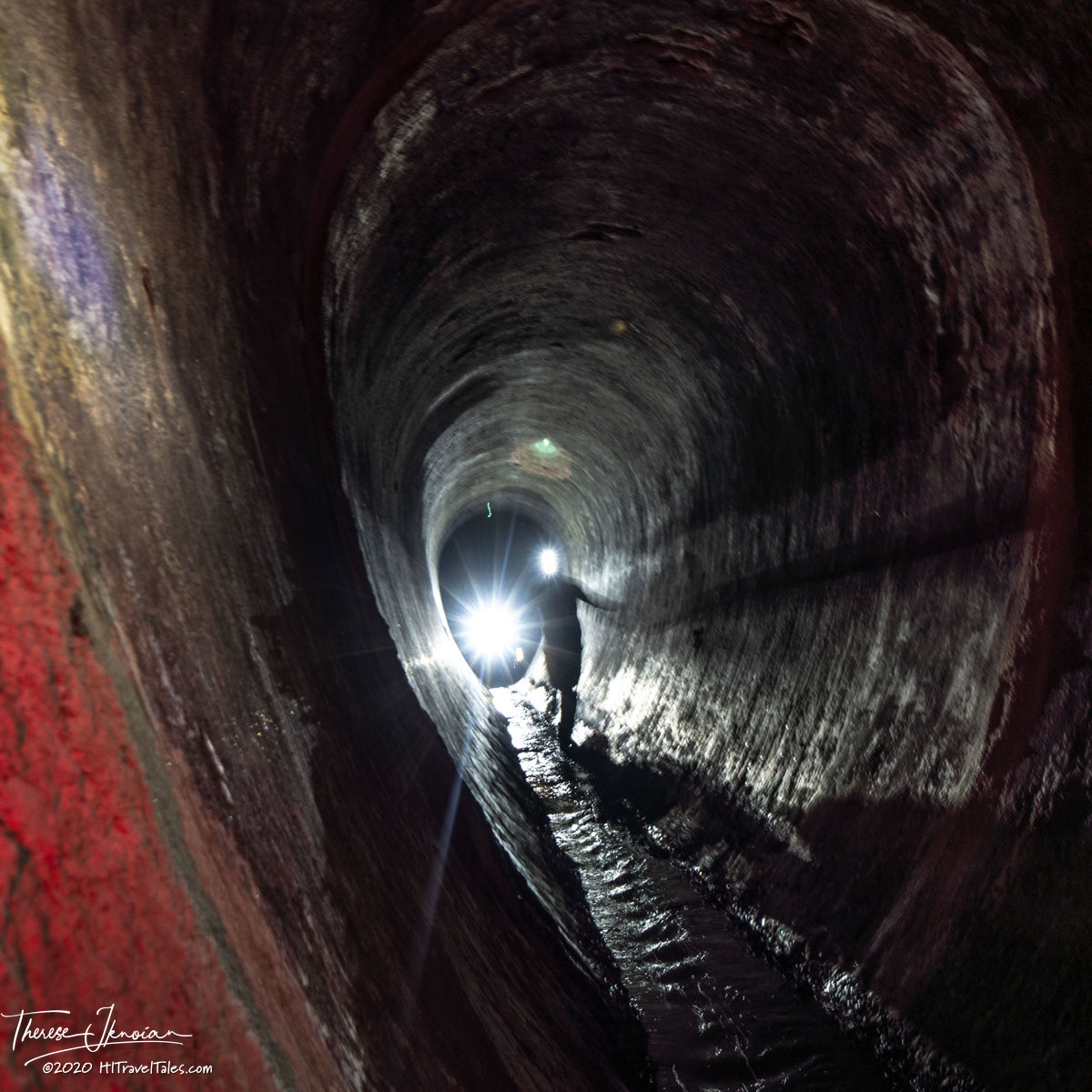 This was of course a highlight of our trip: Most people spend a quick day in Chernobyl, being whisked from mandatory tourist photo opp to mandatory tourist stop in the abandoned zone. We were going to have three nights and four days in an area where the worst nuclear accident in the world occurred in 1986 when Reactor 4 at Chernobyl Nuclear Power Plant (ChNPP) exploded 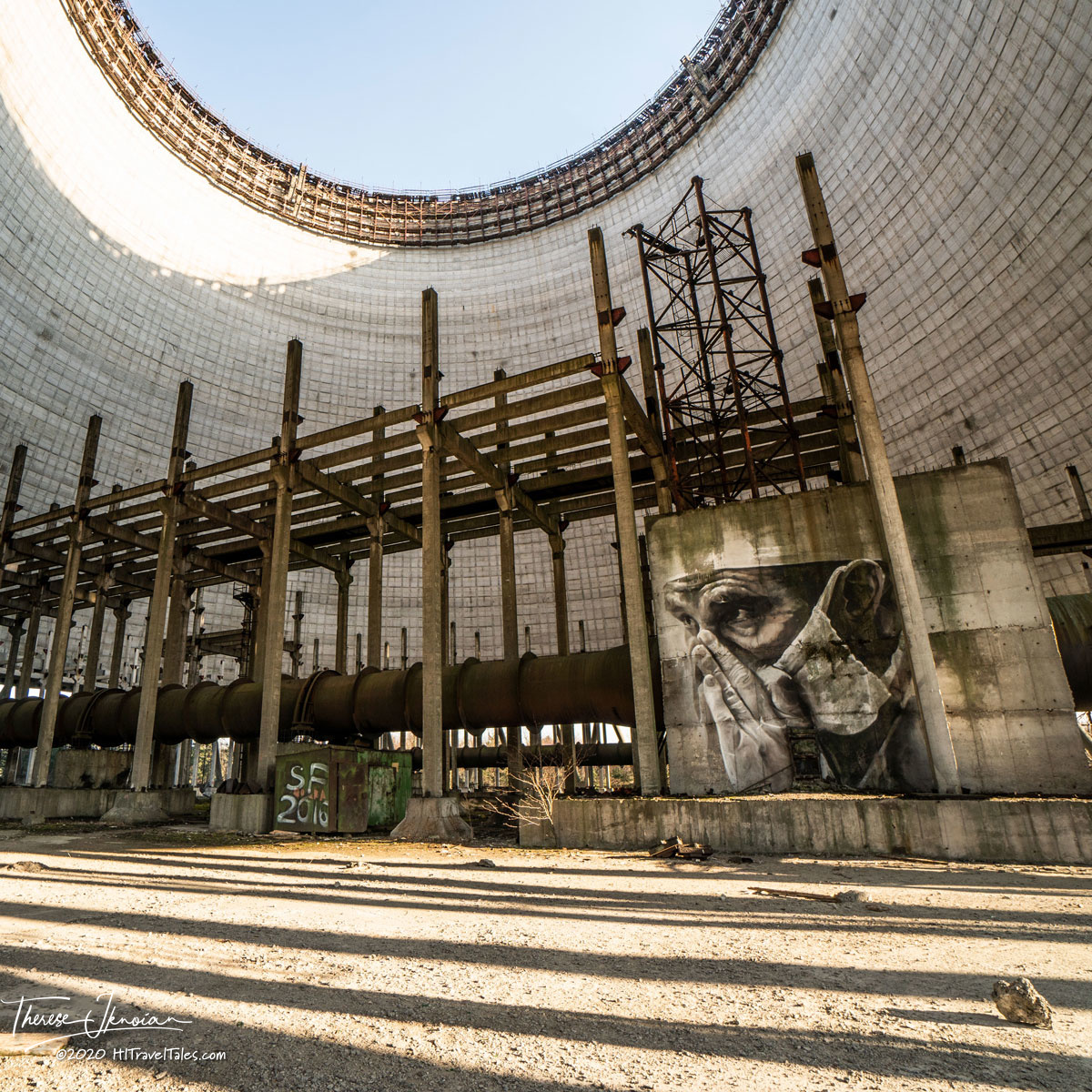 Now, you are not SUPPOSED to go into any buildings, but with the right …. ummm … “gift” for security personnel, a knowledgeable guide, and some great precaution, you do sometimes just happen into schools, childcare centers, unfinished reactor cooling towers, and even the infamous hospital in Pribyat. 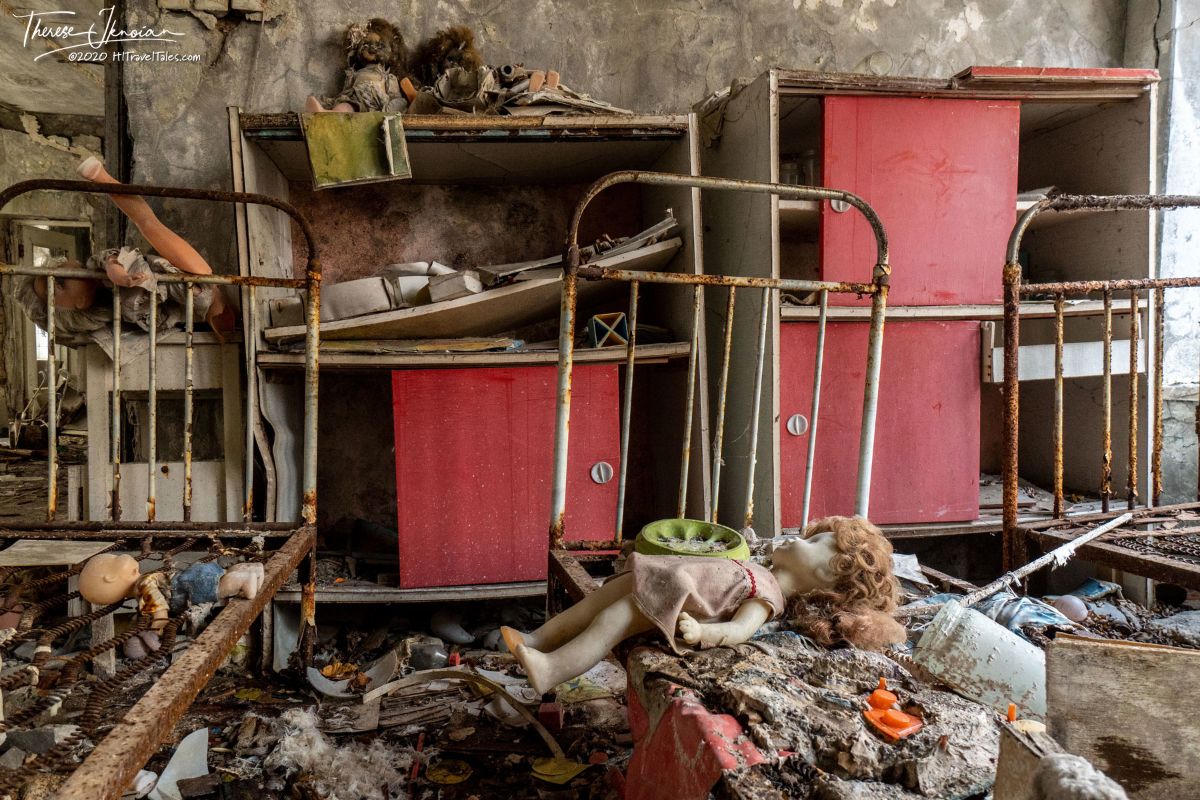 Pribyat is the town that was built for employees and their families of the ChNPP, and the hospital is where in fact the first responders and personnel were taken after the accident – and their radioactive clothing and helmets are still entombed deep in the barricaded basement.

One crazy opportunity (with permission) we had was a couple of hours after-dark in Pribyat for some night photography, including at the famous Ferris Wheel — the one that never ran since the tiny amusement park was scheduled to open on May 1, 1986, just days after the April 26 accident. 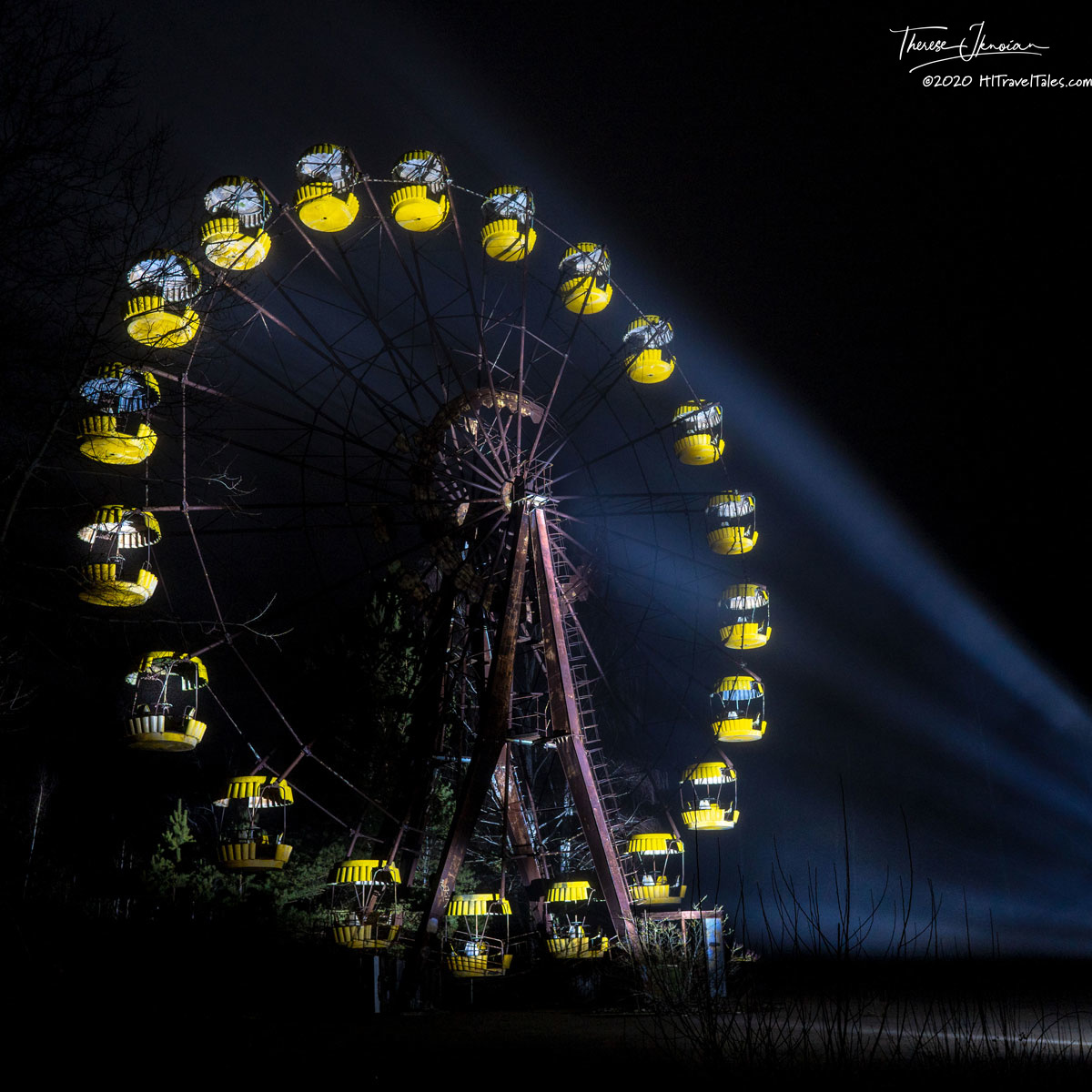 The many dogs still living around the zone were our only companions (they are in fact the descendants of the pets who escaped being shot, out of a fear the dogs would spread radioactivity). They are all so lovable and seem to just crave human attention, following you around wherever you go – although you are warned not to pet them. This puppy stuck with me the entire time I was shooting in the abandoned school and library. 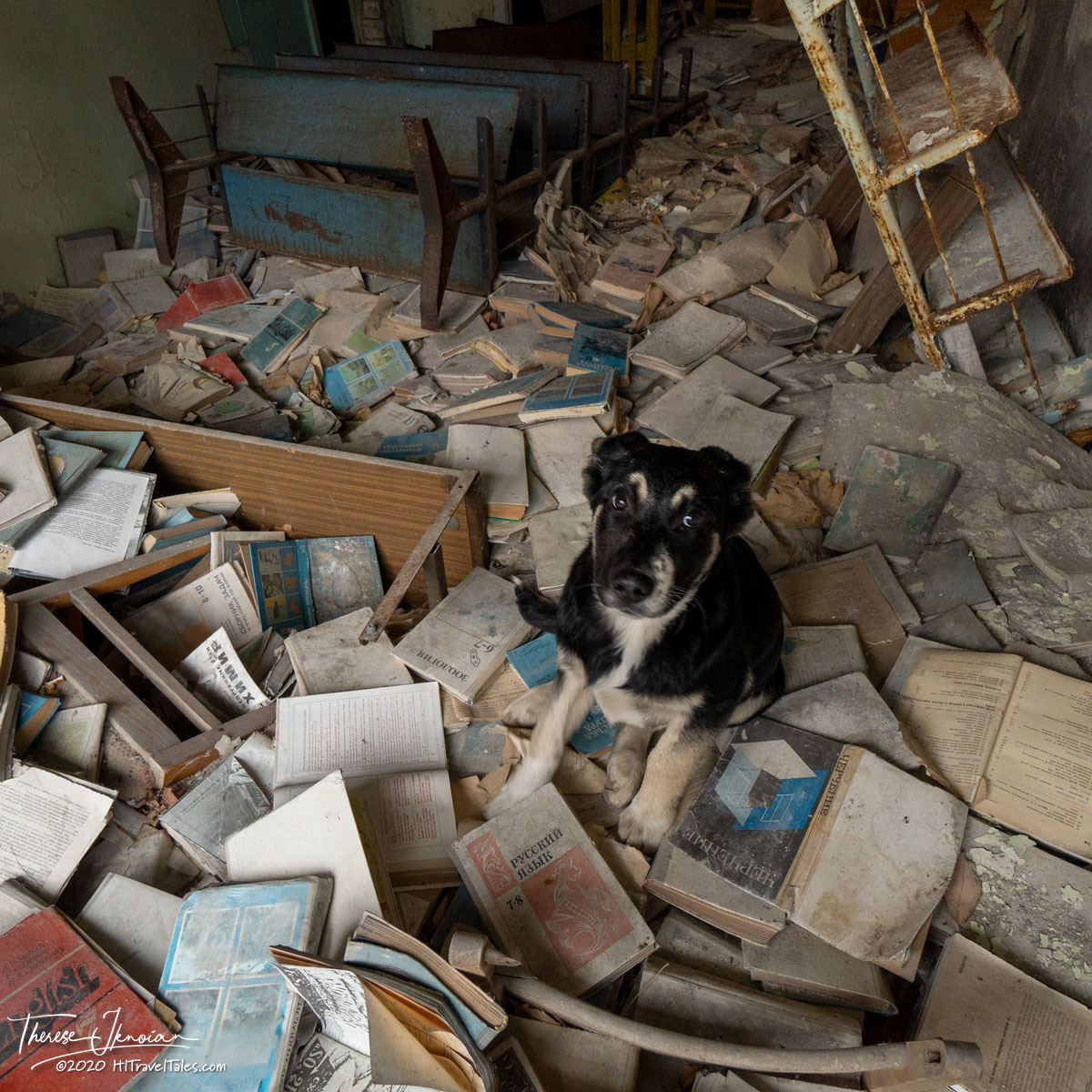 You can help dogs like this little guy by supporting the non-profit
Clean Futures Fund “Dogs of Chernobyl” campaign.

To head off the question everybody asks about danger: There really aren’t any worries about radioactivity. Everybody wears personal measurement devices, called dosimeters. Plus, you don’t go slogging through still-contaminated forests, rivers and swamps; you avoid the occasional “hot spot” where a guide’s dosimeter might go beeping nuts; and you don’t put things on the ground or sit down.

Wait, what about tripods? As one guide told me in the hospital, “Just don’t put it on any bandages.” Because, yes, there is an occasional 34-year-old radioactive bandage in one corner or another. 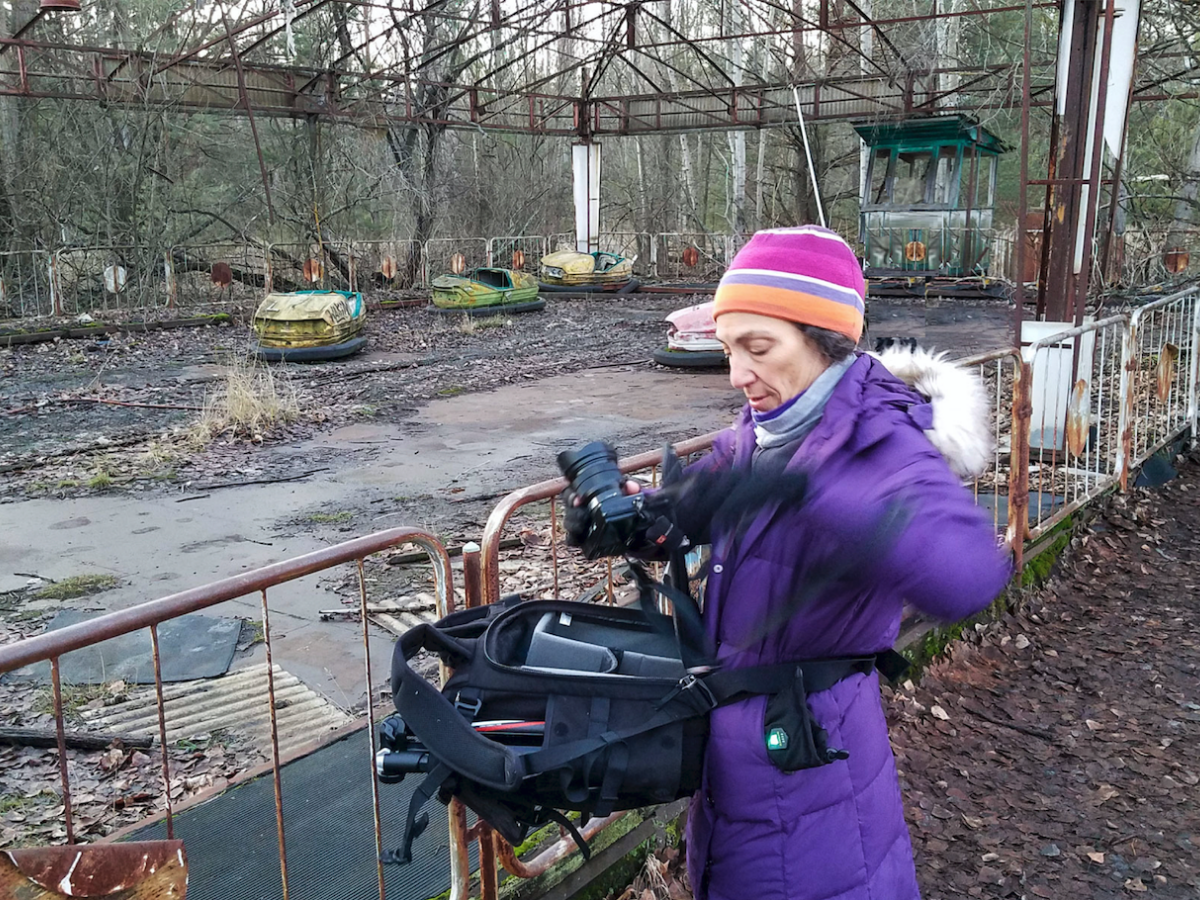 And be sure to check out our new Retrospective Backpack 15L Therese carried with her to Chernobyl. Rear-panel access means never having to set your bag down on radioactive bandages!